Ann Turkel has one of the most interesting and diverse careers in the entertainment industry and is recognized around the world for her successes in motion pictures, television, modeling, and business. Born and raised in 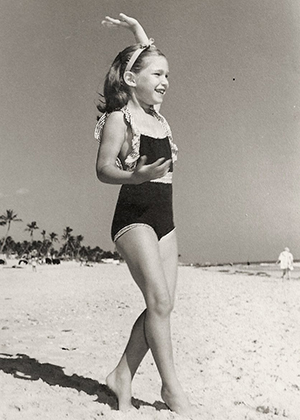 Manhattan, Ann always had a gift for entertaining. She began dance lessons at the age of five and continued her artistic studies throughout college. She credits her grandmother for encouraging her artistic activities. Ann studied acting, dance, and voice throughout her formative years. By the age of 16, Ann had studied at the Musical Theatre Academy and the Neighborhood Playhouse with some of the most prominent acting coaches in the city, including Sandy Meisner and Philip Burton.

In high school, Ann began singing with her schoolmates and formed a rock and roll band.  She also performed a season of summer stock theatre at the Berkshire Playhouse in Stockbridge, Massachusetts in such plays as “The Pajama Game” and “West Side Story.”  It was while performing with her band at a fashion show that Ann was discovered by Gloria Schiff, an editor at Vogue Magazine.  Within a week, editor-in-chief Diana Vreeland had Ann shoot her first Vogue cover with photographer Richard Avedon.  Subsequently, Ann became one of the most sought after models in the country, gracing the covers of the top fashion magazines including Vogue, Bazaar and Cosmopolitan, among several others.  After two years, Ann hit the international markets modeling successfully in Europe and Japan as the face for such cosmetic giants as Max Factor, Revlon and Chanel.

At the age of 19, Ann met a prominent Hollywood agent who asked her to audition for a movie.  A week later, she left her successful career in modeling to star in her first motion picture.  The film, “99 & 44/100% Dead,” was a black comedy directed by John Frankenheimer for Twentieth Century Fox and co-starred actor Richard Harris.  Not only did Ann receive a Golden Globe nomination for her performance, she also met, fell in love with, and married her co-star.

A succession of films followed, the first three in which she starred with her husband:  “Cassandra Crossing,” “Golden Rendezvous,” and “The Ravagers” for Columbia Pictures.  She later starred with Jack Palance and Rod Steiger in “Portrait of a Human” and was also in the controversial cult classic “Humanoids From The Deep” which became the #2 top grossing movie of the summer just after “Star Wars:  Empire Strikes Back”.  Ann also starred in the award-winning mini-series “Samson and Delilah” for NBC.

During the time that Ann was married to her husband Richard, he became knighted and was deemed Sir Richard Harris.  Ann was also knighted, becoming Dame Ann Kathryn Turkel Harris, but she chose never to use her title.

Ann’s life took another turn when she and Harris divorced in 1982.  She began to focus on television and racked up an impressive and diverse body of work including starring in the television movie “Chance of a Lifetime” with Leslie Nielsen and Betty White for CBS, the Tony and Ridley Scott anthology series “The Hunger” for Showtime, and several television series pilots, including Paramount’s “Modesty Blaise” and Aaron Spelling’s “Hollywood Beat” for ABC, among others.  Ann has also guest-starred in more than a dozen episodic series and starred in numerous feature films such as Robert Altman’s “Ready to Wear,” the video hit “The Fear,” the highly acclaimed “Touch Me,” and “Murder Among Friends.”

Ann also refocused her goals and returned to her musical aspirations.  She enjoys the physical aspects involved in acting and often does her own stunts, including intricate sword work which she showcased in a guest appearance on “Chivalry,” the highest rated episode of the “Highlander” series.  In addition to being one of the highest rated, this episode set a record for garnering the most e-mail received regarding an episode.  All the fans fell in love with Ann’s character which took her from the 1500’s to present day and featured her wide range and acting prowess.

While vacationing along the Amalfi Coast in Italy, Ann ended her trip in Monte Carlo where she went to a club frequented by Prince Albert.  While in the club she caught the eye of Prince Albert who asked his friend to introduce her to him.  That evening the Prince asked Ann to allow him to escort her to the Red Cross Ball, Princess Grace’s favorite charity.

In addition to her work onscreen, Ann is a published photographer whose first photo sold to, and was published in, “Time” magazine.  She is currently working on a line of “Say What U Mean” photographic/hand-painted cards and a book of photographs titled “My Head’s In The Clouds.”  She is also currently producing a movie called “Walkiria’s War.”

Ann has had a consuming love of music from an early age, and her musical tastes range from Rachmaninoff to Jazz.  She also has two singles that were quite popular in Europe.  Ann’s voice can best be described as raspy.  In the film “Cassandra Crossing”, Ann starred alongside Sophia Loren, Ava Gardner, Martin Sheen and Lee Strasberg.  A movie reviewer said the best thing about the film was the singing debut of Ann Turkel.

Not content to simply perform, Ann has made her mark in the business world as well.  She launched a very successful and much publicized 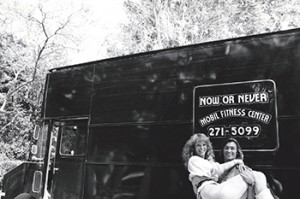 workout company called “Now or Never”.  This gym on wheels was created by Ann and her business partner, Hans Buhringer and went to the homes of clients such as Rod Stewart and catered mainly to the Beverly Hills area.  It was the forerunner in the field of personal training.  Again, Ann with her amazing promotional skills got it featured on all the national talk shows.  It also made national press — the front page of the business section of the Washington Post and several pages in People and Us magazines.

In addition to “Now or Never”, Ann also created and promoted the famous “Unsuit” — the bathing suit you could tan through.  The company was the brainchild of Ann and her partner Hans.  Due to massive promotion by Ann, it was covered by the international press, many magazines including Time and Newsweek and several national and local talk shows as well.  Within 18 months of starting the company, the Unsuit made the front page of the Wall Street Journal for being the single largest selling item in the history of the garment industry.

The majority of Ann’s projects are connected to different charities.  Her latest endeavor is the creation of a book of photographs dedicated to raising funds and awareness to the plight of the men and women in our armed services.  Ann also designed the logo for the Nelson Mandela Children’s Fund, beating out Nike and Adidas.

Ann’s brother Robert, to whom she was very close, passed away on September 24, 2001 by the same cancer that took the life of Farrah Fawcett. One year later, Ann lost her husband Richard, also to cancer.  She was in London holding his hand when they turned off his life support.

When not working on her projects, Ann can be found in her Southern California home that she designed and decorated.  In her free time, Ann loves to read, particularly the works of George Sand and the Bronte sisters, as well as anything historical.  Over the last few years, Ann has also written a movie for television, a reality drama show, and several screenplays and sitcoms.  An avid sportswoman, Ann enjoys and excels in all sports.  She enjoys competing in celebrity charity sporting events from tennis, track and field, softball, and skating, to beach volleyball and skiing.

Ann loves the tranquility and beauty of the outdoors, which accounts for her love of photography and painting, and she has a true passion for cooking for friends.  An avid spokesperson for animal rights and children’s causes, now her greatest passion is helping the men and women who serve this country, raising money and resources for our veterans through many veteran charities.  Ann is always eager to volunteer her time to promote awareness of these issues.  Her life can be described as very full.  She believes in going to the fullest limit of her abilities, whether it be in the entertainment or business field.  Ann Turkel is truly a Renaissance woman.